Tongue tie (Ankyloglossia) occurs when the connecting skin under a baby’s tongue is too short or extends too far towards the front of the tongue.

Although tongue-tie affects only approximately 4% of children, it can have a profound impact on the entire family. 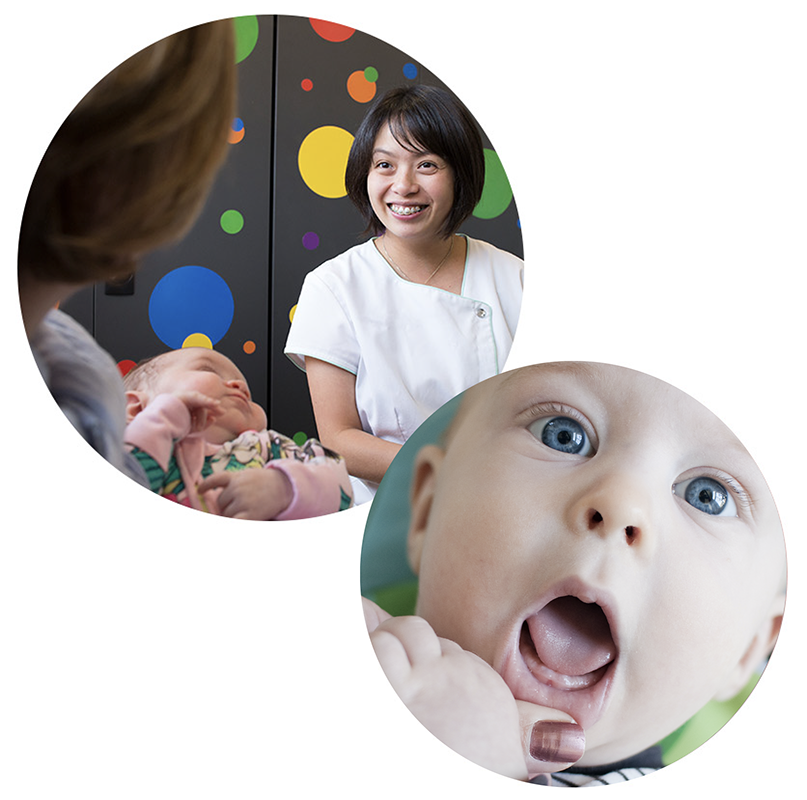 Tongue-tie can result in problems with the following:

Now for the good news: Even for infants, tongue-tie can be treated in a simple, fast and highly effective way with laser treatment.

At Kiddies Infant Care we provide the following service for children with tongue tie:

If Dr Kar Mun Chan (Dental Surgeon) determines that treatment is needed, your child will be taken to our treatment room and then gently but securely swaddled (in the case of infants) before she performs laser release of the tongue or lip ties. Throughout the procedure, a dedicated nurse will soothe and comfort your child while Dr Chan and her assistant focus on the surgery.

What happens after surgery?

Immediately after surgery, your child will be comforted and taken to you in the parents’ room. If your baby is breastfeeding a staff member will assist your child to be able to nurse straightaway. This immediate feeding has the benefit of ensuring the treated area is immediately bathed in sterile, soothing breast milk.

Dr Chan and her nurse will be able to observe the functional aspects of your child’s mouth, and the nurse can determine if your baby is able to latch optimally. If you bottle feed your child, we will arrange with you to ensure a bottle is ready post-surgery to allow for an essential feed and cuddle.

Why do you check for Tongue Tie during a Dental Check up?

Tongue tie is defined as ‘embryological remnant of tissue in the midline between the undersurface of the tongue and the floor of the mouth that restricts normal tongue movement’.

They estimate as many as 4% of people globally have a tongue tie or restriction. Severe tongue tie is usually picked up at birth or soon after. Infants with tongue tie have difficulty in the elevation of the tongue, and according to tongue tie experts, this is one of the most important aspects of breastfeeding. On the other hand, babies with tongue tie who are bottle-fed often remain undiagnosed as the tongue often still has the ability to thrust forward to stop the flow of milk from a bottle.

Elevation is responsible for the clear pronunciation of the letters “D”, “T”, “N”, and “L. Another clue to a restricted tongue frenum is a lisp at the front or sides of the teeth when pronouncing the “S” sound. Adequate movement of the tongue is also key in proper swallowing of liquids and food.

What are the signs that my baby may have a restricted frenum?

Signs that a baby may have a restricted frenum include:

What are the signs that my child may have a restricted frenum?

Signs that a child may have a restricted frenum include:

Not sure if your child has a Tongue Tie?

Book an appointment and we’ll go through your concerns together and see what the best course of management is for your child.